Since 2013 I have offered participants the chance to communicate a wish to me and in response I make a talisman or charm to help give them the good luck to achieve it. The experience is about fantasy, articulating what you want and giving it a visual or tangible form. It is reminiscent of the Bolivian annual fair Alasitas where everything is made in miniature and you buy what you want for the coming year, but in a tiny form. It is also about having a small reminder of hope when things are difficult.

I am available to hear wishes by appointment in my studio at APT 6 Creekside Deptford London UK. People visit me in my studio and through a private and confidential conversation tell me a wish. I then gave them a card with the number of their wish. During the following week or two I make them a very specific object small enough to hold in the hand. This is collected by appointment at APT. When collected, and with their permission, I will take a photograph of the person involved holding their object in their hands, but keeping the wisher anonymous and the wish secret.

For Deptford X 2014 I made a film of the project and received a Deptford X Award. See the film on vimeo here

For Deptford X 2015 I  collaborated with Lewisham Refugee and Migrant Network's Women's Group, visited their project and made wishes after visits from members of the group. They in return made bags for the wishes which were shown in my studio from Friday 2nd October to Sunday 4th October 2015.

In 2015 I also took the I Wish project to Montbelle primary school in Eltham in a project commissioned by ArtReach. The aim was to enable an engagement between two sections of the community: the allotment holders who felt they were aging and not sufficiently engaged with local children, and the children who had not previously had access to these green spaces. The children met the gardeners in the allotment, looked around with them, discussed what they needed and then collected their wishes. They then made talismanic objects which they presented to the gardeners in their allotments. They were also given beans to grow by the gardeners. New relationships were formed and continue.

In 2016 the children from the reception classes of the newly formed Invicta Primary Deptford visited my studio and APT Gallery, thought about what they needed for their forest school and made objects of their own in response to their own wishes. Here the point was for the children to meet the local arts community and consider their own input into greening their environment. A new art club at APT is a result of that project.

In 2017 I am doing the project through the arts service on the children's wards at Queen Elizabeth Hospital Greenwich with patients their parents and staff, see here.
An exhibition of photographs of the wishes will follow. 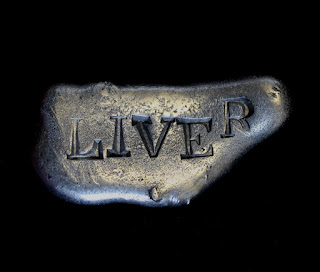 All images copyright Victoria Rance. Please do not use without permission.